Getting a well-paying real-time 3D job is about more than just programming. There are numerous other skills required such as the ability to work in a team or to quickly understand a project brief. 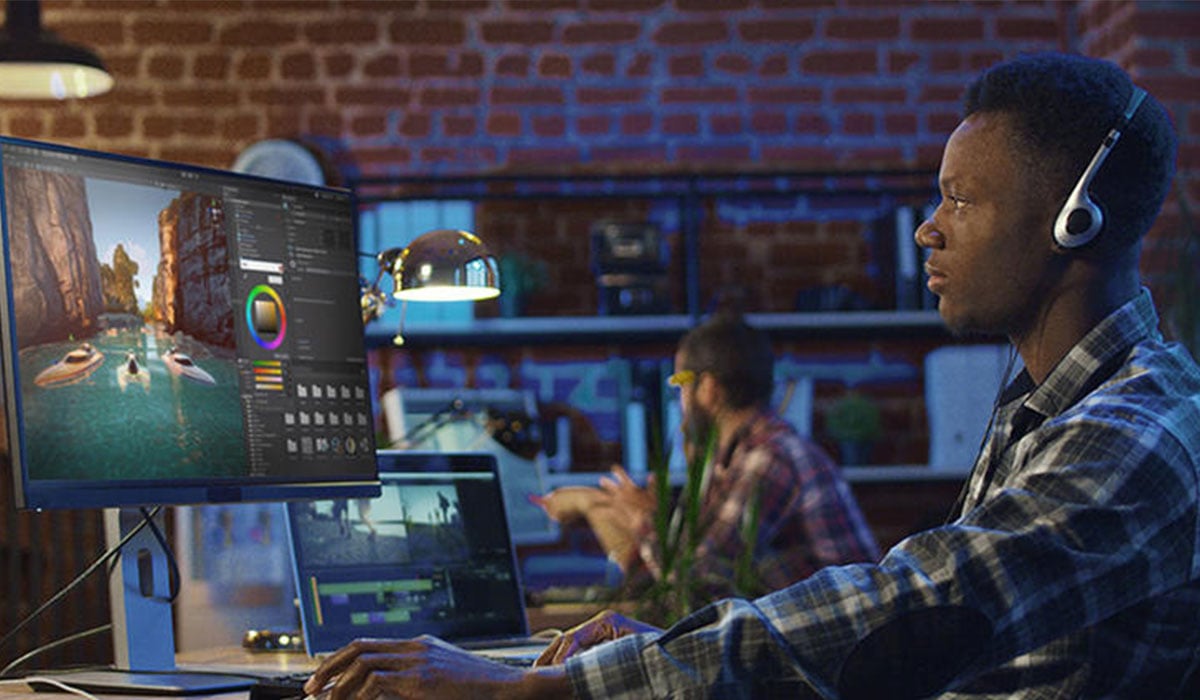 The popularity of real-time 3D development continues to grow. Unity reported 1.5 million active users in late 2020, and over 3 billion downloads a month. With greater demand comes greater opportunity for jobs, but inevitably also greater competition too.

In this article, we’ll discuss all the things you’ll need to know and do to greatly increase your chances of landing a well-paying, real-time 3D job.

1. Build up your profile

If you’re looking for a real-time 3D job, it’s safe to assume you’ve already done some basic training on Unity or Unreal. More often than not, much of this learning is self-taught. This poses a problem when looking for an authorised Unity/Unreal training facility as you likely won’t want to re-learn many of the basics.

University graduates often think they know everything until they hit the real-world job market. Then they say, “This wasn’t how we were taught that at school!” To increase your chances of hitting it off with a hot real-time 3D salary, enlisting the help of a mentor is crucial.

Mentors give you real-life knowledge about what the world of 3D is really looking for. Programming rules must sometimes be broken in a real-life context, and mentors can guide you to understand when that is likely to happen, and how to deal with it. They can also offer invaluable advice regarding other aspects of working life that can sometimes be difficult to understand for newcomers.

“I had a mentor at the time and she really helped me to get myself out there, get comfortable in saying that I wanted to do VR and AR but not specifically in the games,” says Randa Dibaje, VR developer at PwC.

Communication, time management, creative thinking, teamwork, networking—these are all skills that fall under the heading of “soft skills” and, even if not specifically stated in the job posting, are often looked for by every recruiter.

Even developers - who spend much of their time head down in code - need to have some idea of how to give and receive communication well. How else could they understand a project brief?

We asked Branimira Yordanova, a real-time lighting artist at Axis Studios, what one needs to be good at to do her job. She said, “The most basic things you’ve probably heard before are being open to constructive feedback, being adaptable, wanting to always learn more, and self-improve.”

These are all soft skills.

Once you’ve become a speed-hacking expert on Unity or Unreal, you should definitely learn to wield that same magic as part of a team. And if your thinking isn’t too creative, it’s likely you’ll get passed up for someone who can figure out how to add creative spice to the company’s latest game.

VR artist Rosie Summers also lauds the importance of soft skills: “Patience and perseverance is a pretty valuable skill too. Being able to troubleshoot and diagnose problems, developing a really thick skin for the amount of issues you might face.”

Given two job applicants who are equally qualified technically, a recruiter will almost always pick the one who has better soft skills.

Work on real-world briefs and projects

Part of your success as a real-time 3D developer will be greatly determined by your ability to read a project brief and get rolling with it. It’s best when you have learned this skill before getting your first job. It saves your managers much frustration—and happy managers can be a factor in getting a higher-paying role when it comes to hand out raises!

Real-time 3D development is fun, and the community surrounding it makes it more so. It is this sense of fun and the real-time engine’s creative potentials that initially draw people to it.

But to land a serious job in the higher ranges, it’s important to ultimately give that fun a bit of guidance.

“If I didn’t put in the work to learn new skills, I wouldn’t have been able to get those opportunities when they showed up,” says Brenda Chen, a successful immersive media designer.

In a world where DIY training is more accessible than ever, it’s easy to forget the value of accredited and authorised training institutes. Historically, such institutes have been prohibitively expensive. But with modern solutions such as “pay-only-when-you-get-a-job”, getting trained professionally becomes something within the grasp of everyone.

To land a well-paying role in real-time 3D, it is highly recommended that you look for institutes with an outcomes-based focus on their training. And the ultimate outcome for any institute should always be getting you a job you’re happy in and which promises a good future.

3. Work on personal projects to stand out

Once you’ve done all the basic training with an authorised instructor, you need to find a way to stand out in the highly competitive field of 3D.

Game studios and XR companies are very passionate about what they do, and they want to work with developers who are equally as committed. A real-time 3D developer who has not demonstrated their love for creating beautiful 3D work is unlikely to stand out.

A great way to stand out is to start developing your own games. You can do this alone or with a team.

Although this is a good starting point to gain more experience, the projects might not be of a large enough scale to impress recruiters. We recommend eventually branching out into your own gaming project at some stage. 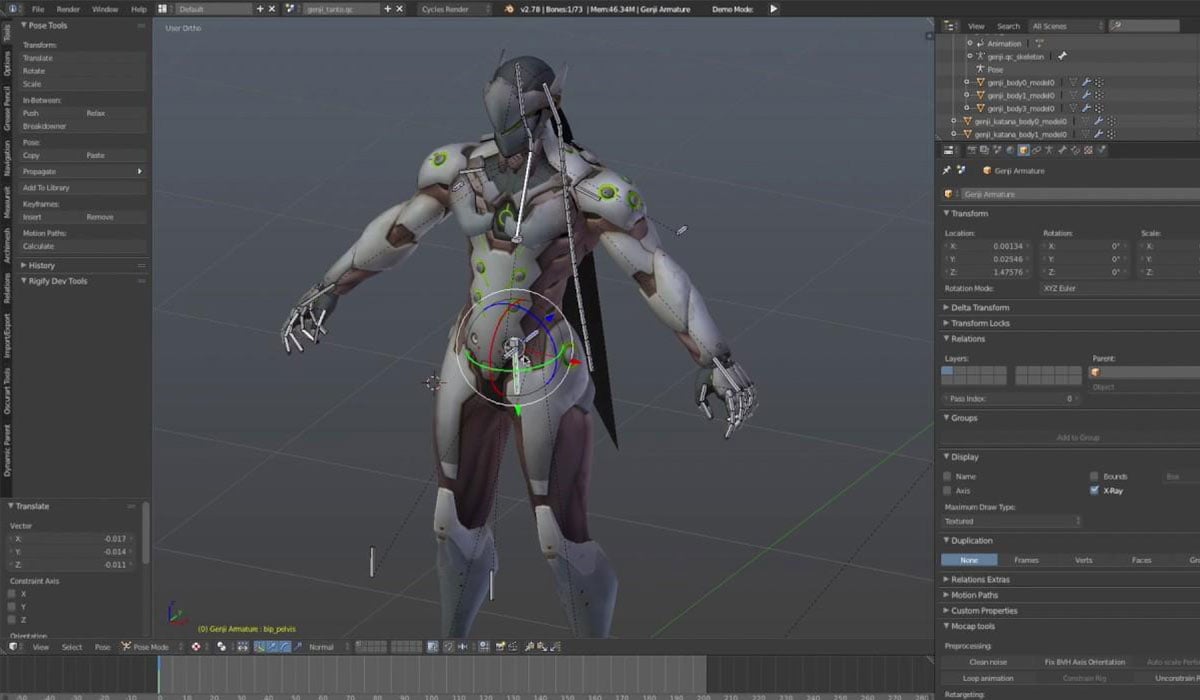 4. Get support to help find a real-time 3D job

No matter how skilled you are, there’s also the matter of who you know rather than what you know.

Once you’ve got all the essential skills (including soft skills) to find a high-paying real-time 3D job, you’ll need someone to help you prepare your portfolio and navigate the tricky world of real-time 3D job search.

A mentor can be helpful here, ensuring you are progressing well. And a career coach or agent is essential.

They will help you tailor your CV so that it highlights your 3D development skills. They will also help you prep for an interview, spruce up your LinkedIn profile, and also prevent you from jumping desperately into the first opportunity instead of the best opportunity. If you’ve done all the previous steps properly, there will be more than one offer coming your way, and a career agent will do their best to help you choose the best one.

If you’re struggling, you might also consider getting help from a performance coach. More often than not, it’s our own selves that are holding us back - whether it be our perfectionism stopping us from finishing a project, or imposter syndrome preventing us from applying for that role. A coach can help you unpick these blockers so nothing gets in the way of your new job.

Finally, taking official Unity or Unreal exams can give prospective employers that extra bit of confidence that you are indeed the person they are looking for. They’re notoriously challenging, and having someone who can help you prepare the right topics in the right way is going to stop you from wasting precious time

Now that you’ve understood more about how to get that higher paying real-time 3D job, it’s time to check you’re working towards the right role. But what roles are available for real-time 3D developers today?

Real-time engines are used for everything from architecture to film production.

Whether your job is creating 3D lighting for games or developing virtual reality, the real-time 3D job market has something for you.

This role usually requires the least amount of Unity/Unreal coding skills, although knowing some type of coding will work in your favour. You should, however, be able to work in the Unity or Unreal 3D engine. A 3D artist must be able to create 3D models, assets, materials, textures, and more, to be used in a variety of projects.

“Mostly I really like making art. And I like that it’s a balance between the technical and the creative. I like that I can be doing maths stuff for a while - and then move on to making pretty things. It keeps me entertained!”

Technical artists need to understand both the artistic and the engineering sides of any project. They bridge the divide between the artistic aspect and the technical aspect of 3D. Technical artists typically need some coding skills such as in Python, or even in C and C++, but it depends on the scope of the project and the job they’re working on. They will also need to understand key software used in the graphics pipeline, such as Maya, Nuke, or Houdini.

“There’s no end of incredible experiences. I use hand-tracking a lot, so I’ve created interactive movie posters that you can stand in front of and interact with. I also worked historically with haptics – so you can feel things that aren’t really there, which is pretty mind-blowing to me.”

Dedicated programmers are responsible for bringing the 3D experience, game, or virtual space to life. They do that either by fixing existing code or writing completely new code. Although programming skills and knowing how to code in languages such as C#, C++, or Python are the most important, 3D programmers should also have experience in engines such as Unity or Unreal/UE4.

“I’ve seen an explosion of people interested in training simulations, especially for VR, AR, I think a lot of people are trying to make the next VR Zoom. It’s been really interesting seeing how we’re almost trying to recreate virtual versions of our real world. It still requires all the traditional game development skills.”

You will notice that very little of what we spoke about above covers the programming skills required to get a high-paying job in real-time 3D. That’s because technical skills are a meagre percentage of the full skillset and external support required to land well-paying real-time 3D jobs at companies that people enjoy working at.

To stand out in a sea of applicants, you need a well-rounded CV, excellent soft skills, and a portfolio of personal projects that show off your abilities and your passion for 3D. At Mastered’s Bootcamp, we ensure you have all of that before graduating.