Creating work that sets mood, atmosphere – and runs exceptionally for users – is what makes this artist tick. 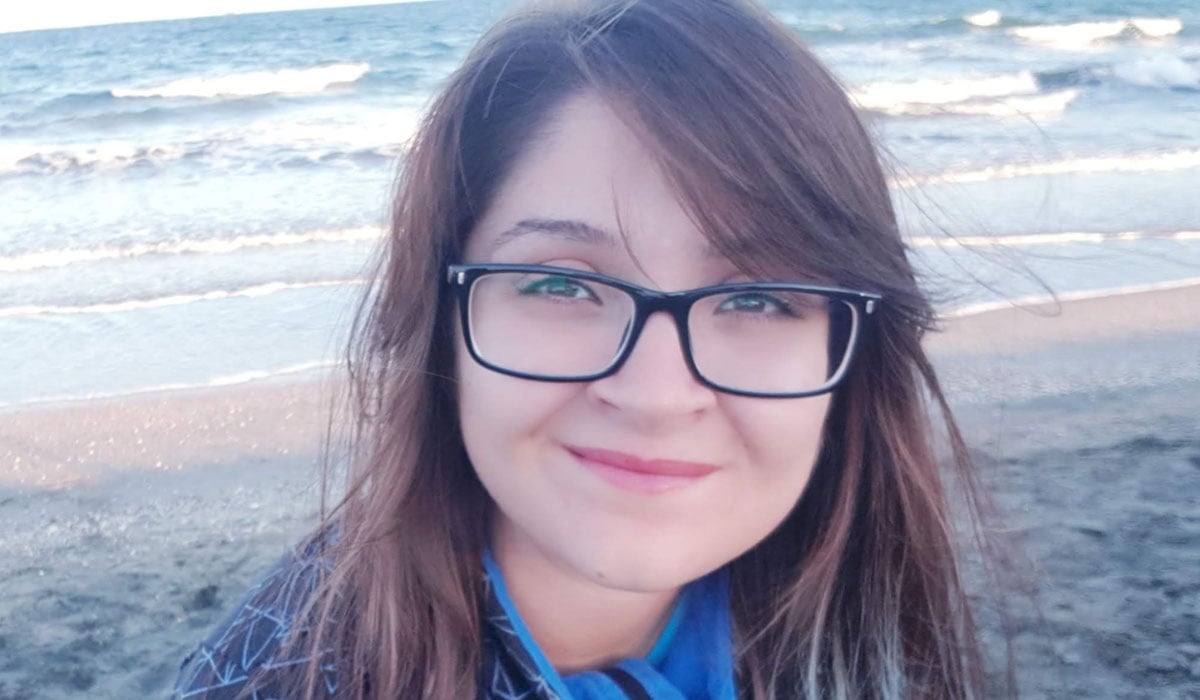 Tell us what you do!

I’m a real-time lighting artist in Axis Studios, where one of the things we do is cinematic work for games. It’s my job to make sure that the characters in the cinematic look good in every shot and in every scenario.

You have the scene, you have the characters, and there’s the environment around them. It could be an inside shot, an outside shot. I use my lighting to make sure the characters look their best while also standing out from the background.

Lighting is the part of the pipeline that sets the mood of the scene. Before we are involved, everything is just quite flat. There is some sense of color from the texture and shaders, but lighting is where you can actually convey a dramatic scene or a happy scene, or a death moment. Good lighting is enough for the audience to experience that. And it’s not strict science either. When we think of horror your first thought might be nighttime and moody lighting. But the movie “Midsommar” takes place entirely in daylight which enhances the horrors happening even further than the darkness ever could.

So for the creative aspect of the role, lighting can be an integral part of the visual identity of a game or film. Think of the sharp dark shadows of the game “Inside” or the neon lights in “Spider-Man: Into the Spider-Verse”. We make sure the lighting follows the directors’ vision but also that it makes sense visually while keeping the lighting within budget (the game can still run properly). So it can be tricky sometimes.

Trailer of one of Branimira's projects at Axis Studios

At what stage of the project do you start working on assets?

In real-time, lighting can start blocking things out as soon as animation has done, well, anything really. In fact, it doesn’t even need to be animation - just assets in the scene are enough. In real-time, it’s good that a lot of departments can work simultaneously: so while I’m doing lighting, effects can also be doing their job and animation could still be updating things.

I work closest with the effects team and the director of the game. They have a vision of what a shot should look like - should it be a more dramatic scene, should it be more just a casual, day-to-day shot, will the light from that explosion fade out quickly or slowly, etc?

What are your favorite things about your job?

The usual things come to mind - being creative, working in a team with awesome people, troubleshooting, wracking my brain to find "dumb" solutions to weird problems (it's not stupid if it works! ), making art that others can later enjoy, playing games and getting paid for it- hell yes! All good things about being an artist. Though if you take away all of that, at the end of the day it is still a desk job. So how does it differ from all other desk work? For me, it's the actual work process itself. That is my favorite part. Put on my headphones, grab a light and go to town (to light it! :D ).

What’s challenging about it?

The technical limitations of lighting, sometimes you can be restricted to only three lights, which isn’t always enough to actually set the tone.

You need to experiment to make sure that it is the best lighting solution in the situation. Sometimes, lighting from one angle can look better, but from the other angle, it makes more logical sense for the scene. Having the sun directly on the characters' faces while we can clearly see the sun behind them wouldn’t make sense for example.

There’s a lot of cheating that goes on in lighting. Like, if you see a character from one angle, the lighting is coming from the left, but then you see the same character from a slightly different angle, and all of a sudden the light is coming from the right  You just need to make sure that the viewer doesn’t notice that at all. There’s trickery that comes into play!

"If you want to be a lighting artist, find a photograph that you really like or a concept piece, even a scene from a movie and recreate that lighting, or make that environment and then do a completely different lighting solution."

How often or when are you getting feedback from the director on your choices?

That is going to depend on the project, but ideally, you would have someone look every day or every other day, to have another pair of eyes. With lighting especially, it’s really important to have another person look at what you’re doing because you can miss really obvious issues just because you’ve been looking at the same thing for hours.

What do you need to be good at to be able to do this job?

The most basic things you’ve probably heard before are being open to constructive feedback, being adaptable, wanting to always learn more, and self-improve. You also definitely need to, as they say in this industry, have the eye. But what I’ve found out from being in the industry for a year and a half is that you can learn to have the eye through experience. I came into this role almost straight after university and my lead and CG supervisor taught me from the ground up how to do my job. I knew I wanted to do lighting, but I genuinely didn’t know how much went into it, and they were the ones that taught me on the job. So, it is something you can learn as long as you have basic art skills.

And you’d be surprised how far “soft skills” will take you in an industry filled with more quiet, introverted people!

You mentioned you came straight out of university. How did you get your job at Axis?

While in university, I joined Axis' Work Experience Program. It didn’t involve anything creative - I was at the front desk helping out with anything - essentially a runner. But because I did well at that job, a few months later when there was an opening in HR, they reached out to me for that job. And I spent eight months there, doing contracts and data entry work. But once again, because I was there, I was able to tell a lot of people I wanted to be an artist and eventually got the lighting job.

Specifically how I got the art position was a kind of funny series of coincidences. It started with chatting to some lighting artists and eventually, Axis asked two of them to mentor me. For that I did a personal project, which I just happened to post on 10,000 hours – it’s a Facebook group that people use to post creative work that takes a long, long time.

I posted it there, and then the official page of Substance Painter reposted it. After which the producer of the project I ended up on just happened to see it online. And he came up to me, like, “Hey, I had no idea you wanted to be an artist, you should have said something, I saw your work. Do you want me to talk to a few people so I can get you on this project?” So, it was me putting in the work at Axis and a series of fortunate events that got me to this current job.

"Once I actually got into the studio, I found out they do actually want juniors, they want to grab talented people as early as possible."

Was that piece of work specifically for your portfolio?

Yes, it was a project I was doing specifically so I could say, “these are my latest skills, this is what I can do, could I have a job, please?"

What do you think needs to be in a portfolio?

It’s going to depend on the position. For me, I wanted to do lighting, so I focused on recreating a concept art piece one-to-one. I also included a lot of modeling and texturing, as well as lighting as a nice bonus.

I’d say if you want to be a lighting artist, find a photograph that you really like or a concept piece, even a scene from a movie and recreate that lighting, or make that environment and then do a completely different lighting solution. You don’t even need to model everything yourself, you can find free assets online so you’re spending your time only on the lighting.

Having images that show your work in progress is also really good for companies to see.

What advice would you give to someone who wants to do what you do but isn’t quite there yet?

Definitely look at works online and see what the standard is. Art station, of course, is a really good website for that. Search for junior artists and see the level of work they have and try and match yours to that.

Also, just post your work online and see what people say, so you can get feedback. And, because you never know what might pop up.

Something to note -  before I was even thinking about applying for a job, I had this student fear of: “No one wants a junior, there’s no way I’m going to get hired, the standards are so high.” Because of this fear I never ended up sending my portfolio anywhere but Axis and that was just for a mentorship. But once I actually got into the studio, I found out they do actually want juniors, they want to grab talented people as early as possible.

I would also say, this job is harder than you imagine. It is really, really difficult. So make sure you are ready for it. Be ready for long hours, tight deadlines, immense pressure, and seemingly never-ending feedback. Fortunately, if you land in a good studio this should only be a small percentage of your workday. For the rest of the time, you can enjoy making “cool things”.

What would you like to see happen in, say, the next five years?

More widely for our industry, I’d love to see the huge problem with overtime in a lot of CG companies dealt with. Luckily in our company, you are given the option to say no. I understand that as a junior I do have to put the hours in to learn my craft and show that I’m committed. But for me, at least it’s never gotten to, “I genuinely can’t do this”, which is good. But I know that’s not the case for a lot of companies and a lot of people.

My advice here to others would be - measure how much you’re going to get out of all this over time. “I’m going to put in all these hours, but will that show my team that I’m good? And will that leave a better impression and help me progress? Or am I just a resource and putting in all these extra hours doesn’t really matter to the company in the long run?”

In Axis we have a large variety of work - it’s games, it’s cinematic, its trailers, its shows, it is movies. For now, I’m more inclined to work on games, but as long as the IP is something I find interesting and I can proudly say at the end “ I made this!” I’m happy.

See more of Branimira's work at Artstation and visit AxisStudiosGroup.com to see their other projects