This creator works with world-class technology, Mo-sys, to create magic on set. 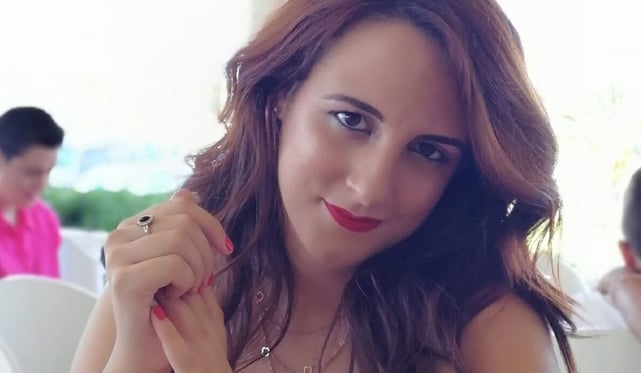 Can you tell us what you do Juliette?

I’m currently working at Mo-Sys Engineering. My job title is virtual production technician, but I am also designing our training program. My job involves me going out on set to shoots with our partners and clients to manage the Unreal Engine side of the production. That includes setting up the virtual scenes, using our plugins and recording live-action footage. I am also responsible for recording the CGI background and rendering the scenes. In general, I take care of making sure that the graphical world works properly. I’m also working closely with the technicians who are in charge of the hardware on set. Due to my background in filmmaking, I am also creating some media content for the company, including tutorials for the training programme we’re making. The goal is to share the knowledge we have outside of the company.

With your virtual production technician hat on, at what stage of production do you get involved in a project?

This can be clearer if I use an example. Recently I was managing a project where we made a short film, collaborating with a university. I started in pre-production, working with the heads of the departments to determine what their film was about, what they’d need to design and shoot, and what equipment they’d need to use. Essentially, we were setting up the hardware and the software for it. I was setting up the scene in Unreal Engine, making sure that the plugin works, preparing the computer, deciding what video formats we would need to record, establishing our inputs and outputs, etc.

Then, during production, I was there to make sure that the render engine runs smoothly, the camera tracking is correct, and I was also managing the recording of the footage. That is because with virtual production, you don’t just record the camera feed. You need copies of the composite, the key, and the fill or the garbage matte layer. Once everything has gone smoothly on set, I can hand over all the assets to post-production and I don’t need to be involved anymore. 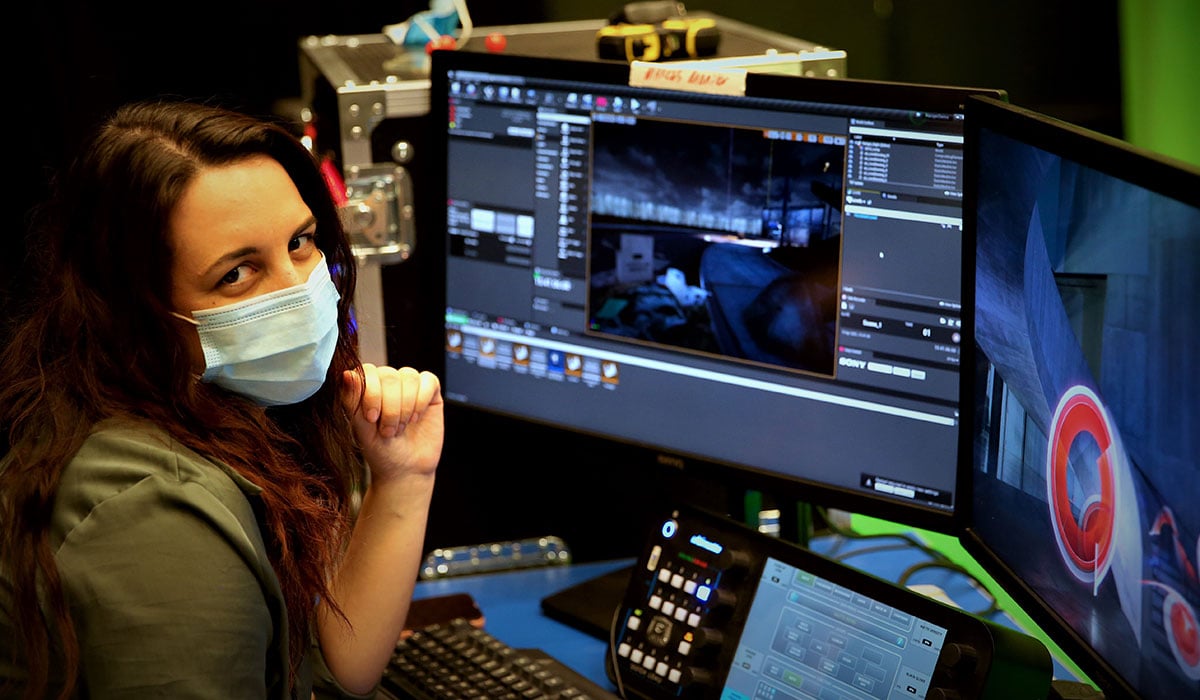 Juliette on a virtual production set

Who are your closest collaborators on a project like this?

In pre-production, it’s the client, the producer, the director, the DOP, the production designer, the Unreal Engine designer. Essentially anyone who will have an input on the graphical content of the shoot.

During production, it’s really important to collaborate with the DOP, because they’re choosing the lighting, which will affect the keying on our side and is vital to getting good results. Part of my job is to make sure the DOP knows the whole workflow so that they can get the output they want, in the simplest way possible.

In post, it’s the editors. You must know what they need in terms of the actual footage and the video format. You need to know what they have to keep and what to change. Post-production can be much easier when you have thought about it before the shoot and that is mainly what virtual production is about.

From my experience, another person that really needs to be involved in the whole process is the first AD. Scheduling is really important and can make virtual production so much easier – for example, you can just press a button and you can swap from one set to another. But at the same time, you must have that set prepared before and all the light planning and framing ready on time. So, you need to work more during pre-production, to work less during the shooting and the editing.

"It’s so magical. You start from having nothing, just a studio, a green screen, and a person. And then you turn your head and look at the screen and it’s a completely different world; not after editing, not after visual effects but right here right now."

What challenges do you face in this role?

Virtual production can offer so much, but people still need to learn more about it to make the process work. So, you need to organise your time and make sure the people in charge really understand the difference between traditional and virtual production.

It’s not nice to be the person saying to the director “no, you can’t do that”. Sometimes there are things that you just cannot do in the traditional way, but every innovation comes with challenges that need new solutions. You need to be alert and flexible. So, that’s why it’s always better to have everything prepared and make a schedule in a way that there is always time to face a new challenge. You want to avoid being in a situation where somebody is trying to get creative, and you have technical people telling them no.

What skills do you need to do this role?

There are many skills needed but the ones I find most useful day to day are: Organisational skills, the ability to solve problems and technical knowledge. It’s always good to know how things work and instead of just knowing which buttons to press, you should know why. Working and experimenting as much as you can is certainly the way to succeed. For example, I can see the difference in how I’m dealing with problems now and how I was dealing with them 6 months ago, when I would say ‘‘Okay, I know these three buttons, I will just press them and see what happens.” But now I have the experience to identify problems, and logically troubleshoot because I have seen them before.

Communication skills are a must too. You need to know how to say no, but in a way that helps people understand why. You need to understand both the creative and the technical parts. My background has helped me a lot with that, because my studies are quite unusual for the industry – I have studied civil engineering, performing arts, and film production, but this gives me a unique perspective of problems on set. So, I can understand when somebody explains to me why the hardware is not working but also when someone just wants to visualize their creativity. These are two things that are separate and different, but they’re both valuable. I think that helps a lot.

So, how did you get this job?

I was doing my master’s in film production at the University of Greenwich during the pandemic. A big part of my degree was to create a short film as my major project. Obviously, that couldn’t be done in a conventional way, so our teacher contacted Mo-Sys and they suggested that we go to their office-studio and try virtual production. We started using their green screen studio and their LED wall. I came in as the director of that short film and I was captivated by Unreal Engine and learning new film techniques. I was very curious about what they were doing - I was asking a lot of questions. I think that’s the key for me, asking about anything that interests you. Curiosity is valued here at Mo-Sys, so they asked me to stay on.

"It’s always good to know how things work and instead of just knowing which buttons to press, you should know why. Working and experimenting as much as you can is certainly the way to succeed."

What advice would you give to someone who wants to go into a job like this?

Go out there and do it. And if you can’t right now, read and watch videos as much as you can. Try and work with as much equipment as you can. Play with the cameras, play with green screens, play with lights. Come to Mo-Sys to our studios! We’re creating a training program, working with Mastered and a couple of other universities, because we want to share the knowledge.

Finally, what do you love most about what you do?

That it’s so magical. You start from having nothing, just a studio, a green screen, and a person. And then you turn your head and look at the screen and it’s a completely different world; not after editing, not after visual effects but right here right now. The technology is amazing but it’s the creative part that really moves me; what you can create, and what kind of stories you can tell in this very simple way. It’s incredible, and I am happy to know that I am part of something like that.