Discover the role of user interface design in game creation, and what a UI portfolio needs to get noticed. 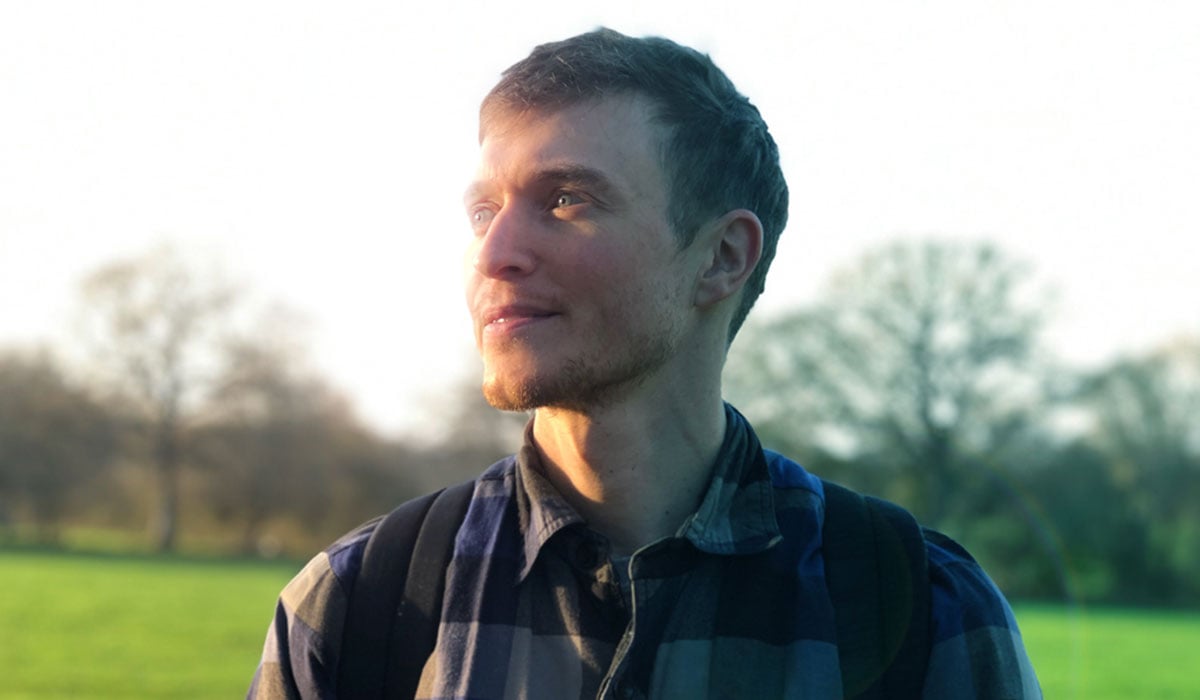 Tell us what you do Henry!

As a User Interface Designer, I create experiences that connect with what you touch when you’re using a computer. To help that make sense, when you use a hammer – the user interface is the handle. But with a computer, things get a bit more involved. You interface with the keyboard and the mouse, and the mouse clicks on things on the screen. And that’s mostly what I deal with. It’s not the physical side, it’s the buttons on the screen. Inside a game, you have to make a user interface that serves the narrative and is user-friendly.

What do you do on a day-to-day basis?

It depends on what stage the game I’m working on is at. I might be researching ideas, exploring other games or looking at textures and developing analogies for what we want the user interface to be. Way before this, I might be laying out wireframes , and simply making something readable and functional. I work in Engine more now than I used to. I used to be solely focussed on the design of the look and feel. My role also involves a lot of UX work, which means planning wireframes and the screenflow to make the journey as frictionless as possible. Through user testing I’m able to understand people’s reactions to the UI and what confuses them so I can smooth those interactions out.

So you’re working all the way through the process from concept to launch.

"Games UI needs to be both visually appealing and functional, and this is a problem that I also really enjoy solving. It keeps me busy."

In a team, who are you working most closely with on any given project?

On this current project I’m grouped with the concept art team. I also work closely with our Art Director. He’s my point of call in terms of the look and feel of the project. Traditionally, I would have worked really closely with Games Designers, working from the scope documents  that they have written, but it depends on the size of the team you’re working on. Sometimes you’ve got a huge UI team and a large design team who can devote time to designing the UI. On a smaller team, where there might be less  documentation, it might mean that you write this yourself.

It’s a really good question. It depends on the team and the project. If things are moving fast, big teams can be fantastic. That said, I find smaller teams can be more agile when things get clogged up. It’s easier to coordinate smaller teams – I guess it just comes down to that.

One of the games Henry has worked on

What is it about what you do that keeps you getting up in the morning?

That’s another great question! My role has a design, technical and artistic component. Games UI needs to be both visually appealing and functional, and this is a problem that I also really enjoy solving. It keeps me busy.

When I first started out in UI design, what I was producing was very much off the cuff, without using many guides. I would simply do what looked right. A lot of it is intuition built up through experience – you just pick it up. That said, so much of UI is grounded in psychology and theories of perception, and this stuff really fascinates me.

How did you land where you are today? What was your pathway?

I started as a junior web developer at a production company creating websites for films. I wanted to get more into design, but had to learn the basics of code and do a lot of the grunt work encoding video and working with HTML and CSS. Once I earned my employers’ trust, I was able to work more with Photoshop and After Effects. I worked my way through that company for quite a while, which gave me a lot of experience.

Then, I began doing software development for an email company where I was part of a larger dev team. Although I’d already had exposure to JavaScript, PHP, ActionScript and different languages, developing web apps on a bigger scale meant there were lots of shells of different layers of code. It seemed like an ocean of code, really. I realised “Okay, I don’t really want to go in there”. I did some hard graft and tried to make changes, but it really wasn’t as fun as I’d hoped. But it was through this role that I met the IT guy and we became friends. When he moved onto BossAlien, he recommended me for a UI role there, working on their multiplayer CSR Racing game.

Sometimes it’s hard to convince people that you can take what you know from one industry and apply it to a different one. Although I had the core skills needed from creating UI for games on the web, worked on movie marketing projects for studios like Disney and software development experience, I hadn’t actually worked in the games industry. So, BossAlien took a chance on me. Eventually, I moved onto Electric Square before landing my current role with nDreams.

A game Henry worked on

If you were to tell someone now who loves the sound of what you do, like, what are the skills they should be kind of acquiring?

I would recommend reading up on psychology. And if you’re interested in UI specifically, I would get a copy of Universal Principles of Design(specifically the ‘pocket edition’). I would also say, never let your art dry up. Carry a sketchpad – something that’s not too precious – and pen/pencil with you. Finally, and most importantly, just get in and use the tools. There are free tools available now that are almost as good as the expensive ones. There are industry-standard tools and mimics of those as well. Just don’t wait for somebody to tell you to get started; you need to jump in and start making stuff. All the potential in the world is not worth anything unless you do something with it.

When you’re hiring juniors, what are you looking for beyond their skills?

Quite often, I see people sending in portfolios that have a bit of concept art, a bit of character art, and some UI. Instead, tailor your portfolio specifically to the job you’re applying for so you can demonstrate what you feel is most relevant to the role.

So, if you are applying for a user interface role, I only want to see your UI work; present yourself as a UI specialist. I also recommend segmenting your work so you can showcase your process. For example, break down your UI design into shape exploration, font options, icon development, colour combinations before presenting the final design where your selection from each of those factors comes together. And remember, often a good user interface is one that you don’t notice.