Read all about one developer’s journey to a job, from working on a 3D project with the Sydney Opera House to changing entire programming languages. 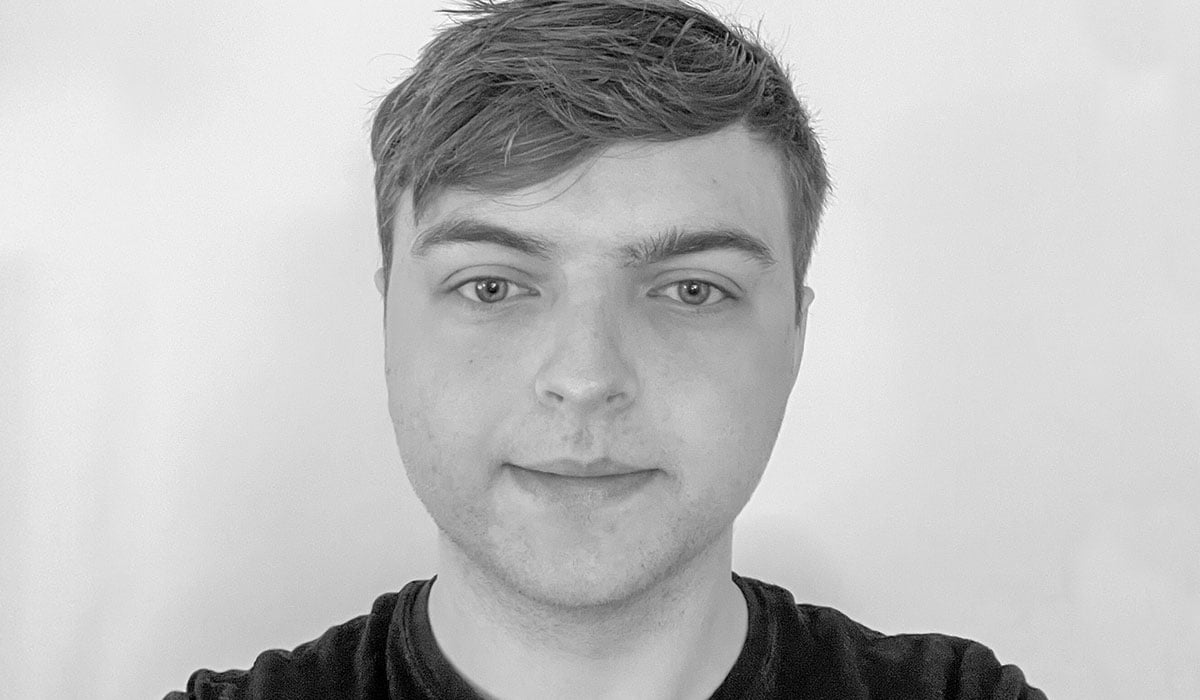 For starters, tell us what you do.

My official job title is a programmer, but I like to put a little slash next to that and say, programmer/XR developer, just because programmer as a job title can be a little generic. I’m part of the engineering team at MAGNOPUS. We’re responsible for a lot of the backbone of the core tech and methodologies that we’re using for our projects and software. We're asked to make the design a reality - we take the UI/UX planning and the artistic side of it and bring it into 3D, making it functional.

My job involves a lot of sitting in front of code and game engines, which is not for everyone, but it’s something I really enjoy. Especially the 3D aspect of it. It takes you away from just writing text on a 2D document all day. It’s nice to step out of the flat screen interface and into a game engine.

So it’s not just coding you’re doing, there’s a whole load of other things. What does that all look like?

The developer part of my role is about working in some kind of real-time engine, whether it’s Unity, UE4, or some other engine. The art team will create these great environments and models that they’ve modeled, textured, rigged or animated, but someone’s got to be there to bring it into the engine – hook it up to play it with a mouse and keyboard. Or if you’re on a VR headset, someone’s got to be there to orchestrate all the tiny pieces together in a 3D environment.

Let’s take a step back. How did you get here after uni?

In my final year at university, I was exploring the concept of serious games – applying game engine methodologies and game design principles outside of the context of games. I started very small, looking into the educational sector. Looking at STEM (science, technology, engineering, mathematics) subjects, there’s a really high demand for new learning methodologies that are a bit more visual. Some people find the subject tricky, because it’s very text-heavy, it’s very theory-based, and it can be hard sometimes, especially for people that are visual learners, like myself. So, I did research into how we can bridge that gap, take it away from 2D textbooks into a 3D world and make it more interesting and engaging, that's where I got started with XR.

I still really do and will love games – especially the creativity – but it was great to have an actual practical and measurable output. Some of my lecturers come from serious games backgrounds, so they were very, very supportive in pursuing that as a career path because they knew that game methodologies can be applied to a lot of different sectors. This is what landed me my first job at Arup, as a developer. Arup is an Engineering consultancy firm on a digital transformation to better its workflow methodologies and means of offering consultancy. We worked on some awesome projects to provide 3D applications and some virtual experiences! The likes of the Sydney Opera House and HS2.

The nice thing about programming is that it can often be quite generic in a way. It’s like a toolset that you gain knowledge of that can be applied in multiple different areas. So it’s not just games, programming can be relatable to general app development, web development, you’ve got all these different kinds of skills that you could apply programming to. It’s just a nice toolset to have at your disposal to then use and apply. 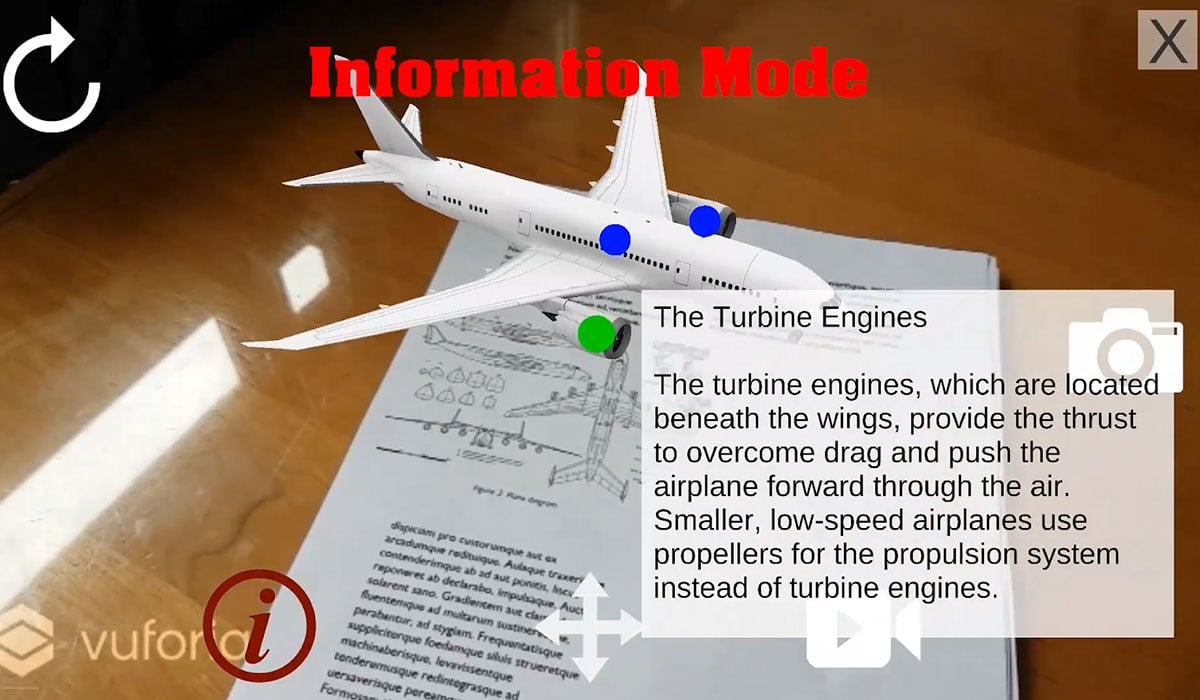 An AR project Dean worked on

What other skills do you need to have in your role? What else have you found you need to get good at?

This is something I wasn’t aware of too much when I came out of university, but if I was to weigh it up, I would probably say it’s about 60% your technical skills, but it’s also 40% your personal skills and your soft skills as well. I didn’t quite realize how you present yourself, how well you communicate, how well you work as a team, how well you deal with conflict and friction between teams actually counts for, not only at a company but just working with other people in general.

So, for me, it was definitely those interpersonal skills because without them it can often be hard for other people to gauge what you can and can’t do. In all honesty, some of the hardest people I’ve worked with have been very, very technical minded – and they are great at what they do – but sometimes can be stubborn, or not open to suggestions or changes.  That can create a lot of friction in a team which can make or break them, it can break a project, it can break a deadline.

What’s challenging about your job?

There are obviously quite a few technical challenges that arise from programming and developing, it's a craft that involves making systems that are robust, reusable, efficient and performant, and with that comes a lot of problem-solving. MAGNOPUS strives exactly for that, with every project and development undertaken we are always looking to strengthen our core tech but also build out systems that we can depend on. This doesn’t always come smoothly though, there most likely will be blockers down the road that as a developer you need to work through. MAGNOPUS has a different development background, as it were, to what I was typically used to at university and my previous employer, so that did take a little bit of adjustment. It’s not that it was necessarily for the worse, if anything, for me, it was actually for the best. It’s given me much more utility in my tool belt as a developer, but it was a little difficult because it was a big change. I had to change the programming language that I was proficient in, game engines that I was working in, workflow methodologies, version control systems, task management systems, even something as trivial as moving from the Microsoft suite over to the Google suite. You wouldn’t think it’s that big of a difference, but sometimes, it can throw you for a loop, especially if you had a very particular workflow for your day-to-day work.

"I learnt through university about how these other sectors can really use our skills and we can still apply everything we’ve learned, it opened up a wealth of different job opportunities that I wouldn’t have known to look for before."

And you were working in Unity before and then had to learn Unreal on the job?

That is correct, Unity was the primary game engine of choice at University and at Arup, however, MAGNOPUS is mainly a UE4 first company (although have used Unity in the past for projects). MAGNOPUS has been amazing for me. I was given a dedicated period of time for personal upskilling sessions, which was really great and allowed us to work through problems and sessions at our own pace. We had some of the senior guys at MAGNOPUS talk us through the engine and how they approach projects and problems. We also had a little mini hackathon, which was just nice as we could have our own free rein in the engine as it were.

But the good thing about programming is it can often be quite generic. There’s a lot of transferable skills, especially between C# (Unity’s programming language) and C++ (Unreal’s programming language), they’re both derivatives of the same language, they just have their own quirks. You wouldn’t expect it to, but as soon as you start diving into it, you realize there is a lot you can actually transfer from one to the other. Of course, you’re going to have things that confuse you, that’s expected.

When you moved from university to your first job and then to this, did you have a portfolio? Is that what it took to get a job?

I think my answer is probably going to be a little different from what most people tell you, but actually, not so much. My portfolio wasn’t actually so important. I think what really helped me out, especially from starting, was networking – going to networking events, speaking to people, approaching people, letting people know what your skill sets are and what you can do.

Obviously, having some work or proof of your ability is really good, and to me, I don’t think it really mattered what medium it took – whether it’s videos, a presentation slide, a deck – whatever it is you want, just having something you can easily share or send as a link. Of Course, this is coming from a programmer so the content itself wasn’t necessarily as important as say my problem-solving skills were. I think especially in the art sector, however, it’s incredibly important, because that’s exactly what an employer is looking for. They’re looking for someone that has that eye and artistic flair.

What are you excited about for the future in terms of the XR space?

I think I’m mainly excited for the awesome hardware developments that are going to be occurring between now and the next 5 - 10 years. AR, specifically, can still be seen as a little gimmicky at times or falls short when needing to implement certain features. However, given a couple more years as hardware progresses and becomes more performant and feature-complete, this will unlock so much potential for the XR space – improved rendering techniques, improved sensors, and tracking, smaller but more powerful hardware – these are all things we have to look forward to. Some of the current hardware like the HoloLens or the MagicLeap are just scratching the surface of what is possible going forward. It's going to be really fun to see where some of the big named companies like Facebook, Google, Microsoft, and Apple take XR hardware and how they build it into their current tech infrastructure. Will it become a Ready Player One-esque world? Who knows?! I somewhat kind of hope so though.

Do you have advice for someone who wants to do what you’re doing now?

I did mention networking and my strongest piece of advice would be to heavily take as much advantage as you can of the people around you. You can often get pigeonholed into thinking a very specific way, having a very set standard, a very specific methodology. Talking to others, learning from others is a really good way to get new insights into a problem, and from that, you can learn where the gaps in your knowledge are. So, definitely take advantage of networking experiences. Also, it’s just a great way to meet people that are looking for work or people that are looking for people to work for them.

Also, don’t be scared to step out of your comfort zone a little bit. When I started my university degree, I was super set on working in games – super, super set – and I thought it’s either games or bust, I can’t do anything else. But as I learnt through university about how these other sectors can really use our skills and we can still apply everything we’ve learned, it opened up a wealth of different job opportunities that I wouldn’t have known to look for before.

Want to launch your career in XR development?